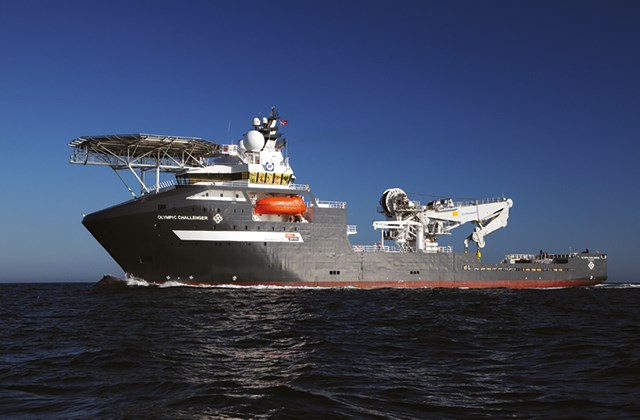 For thousands of years, people on Norway’s weather torn west coast have ridden the waves and conquered the sea. It is from this stock of strong seafarers that Olympic Subsea ASA has emerged as owner of one of the world’s largest and most modern subsea fleets

Through a restructuring of the company in February 2017, Olympic Subsea is financially strong and healthy – enabling the company to become the most specialized, financial robust and agile shipowner in the blue energy sector.

Founder Stig Remøy started as a fisherman only 15 years old. At 19, he bought his first vessel. When he was 21, while studying to become marine master, he sailed as a skipper for the first time. Remøy gradually broadened his maritime interests and acquired his first two offshore vessels. Together with a trawler this was the basis for Olympic Shipping, which Remøy founded together with Bjørn Inge Kvalsund in 1996.

Through Remøy’s entrepreneurial drive, Olympic became an early mover in the subsea industry. From the start, the Olympic companies have invested more than 12 billion NOK in modern, flexible and cost efficient vessels – all built in yards connected to the maritime cluster around Olympic’s home base of Fosnavåg.

Since Stig Remøy became a ship owner for the first time, he has been an uncompromising champion for safety and sustainability, and Olympic has been in the forefront of the industry through groundbreaking and game changing projects.

Olympic plans to increase its presence in subsea and renewable in years to come, and the company is committed to remain in these sectors also when the oil and gas market improves.

For old and new customers Olympic Subsea promises to be

Your Partner in Blue Energy!